The latest release from 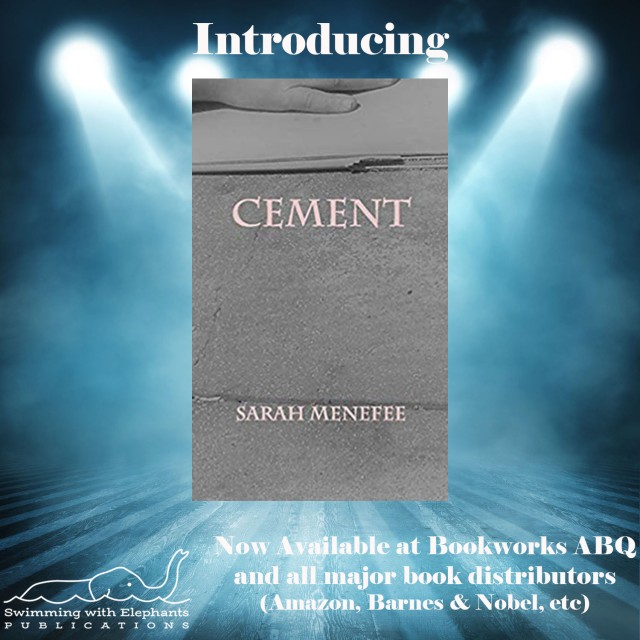 Click the link below to order from Bookworks Albuquerque.

Sarah Menefee has helped found a Union of the Homeless in the ’80’s and currently is a co-founder of the homeless-led ‘First they came for the homeless.’ She has written articles and published poems on the homeless and their struggles in the People’s Tribune, the newspaper of the League of Revolutionaries for a New America (LRNA).

In this volume she reveals the underlying depth and compassion in her poetic pen for the most vulnerable people in this society. Her method or “style” is to epiphanize the bare fragments of perception seen or felt along the streets, and of the voices she hears there.

The reader will recognize himself and herself immediately in relation to their own fears about the possibility of becoming homeless in the richest of all the thieving governments on earth, and that’s the key to the r e v o l u t I o n a r y intent behind Sarah Menefee’s words.

from the Introduction to Cement