Swimming with Elephants Publications’ own Bassam was interviewed by Wax Poetic, a Canadian based poetry podcast that you can listen to for FREE! (and as poets, we sure love free things, don’t we?) They talk about their SWEP release, bliss in die/unbinging the underglow and more… 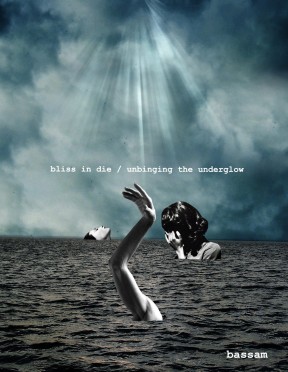 You can check out the podcast here!

And don’t forget to like Bassam on Facebook and support them further by buying their book on Amazon; while you’re there, don’t forget to check out their new release from Gen Z Publishing! 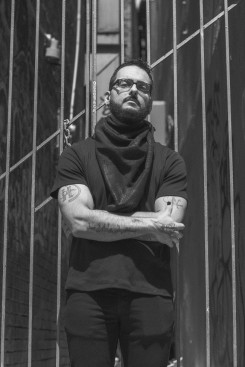 (they/them or xe/xim) is a spoken word poet, proud auntie, and settler residing on the traditional territory of the Dish with One Spoon Wampum Belt Covenant (Anishinaabe, Haudenosaunee, Huron-Wendatt, and Mississaugas of the New Credit). they are a member of the League of Canadian Poets, an executive board member with Spoken Word Canada, and has toured Turtle Island performing spoken word. Bassam earned title of national poetry slam champion at the Canadian Festival of Spoken Word (CFSW) in 2016 with the Guelph Poetry Slam team, and Canadian Individual Poetry Slam (CIPS) finalist in 2017. they were editor-in-chief for ‘these pills don’t come in my skin tone’, a poetry collection exclusively by Black, Indigenous, and People of Colour (BIPOC) on the topic of mental health and illness, released in fall 2017. a (gender)queer, Jewish person of Middle-Eastern descent and a long-time sufferer of body dysmorphia, bipolar and eating disorders, bassam believes in radical kindness as resistance to colonization, that there is no peace without justice, and that intersectionality is vital in the struggle against kyriarchy.