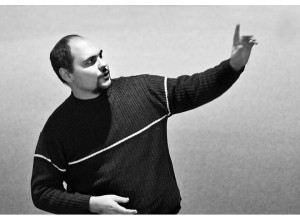 Swimming with Elephants Publications is proud to introduce you an amazing new poet name, Kevin Barger.

After being a finalist in last June’s chapbook competition, Kevin’s book, Observable Acts, was chosen for publication and was released in late April of 2015 and is available through Amazon.com and other on line book distributors as well as local book stores in the ABQ area.

Kevin Barger is a performance poet, writer, and retired slam organizer based in Asheville, NC. He was instrumental in bringing slam poetry back to popularity in Asheville after its rise, fall, and subsequent misfirings in the area by helping to lay the groundwork for Poetry Slam Asheville from 2008 through 2011. He has also appeared on many other stages in and around the Carolinas including the Lake Eden Arts Festival, Lexington Avenue Arts and Fun Festival, the Individual World Poetry Slam, and Southern Fried in which he was on the first team from Asheville sent to Southern Fried in nearly a decade. Now, semi-retired from the slam scene but itching to get back on stage again, he has compiled old favorites and new material in Observable Acts; his first endeavor onto the published page.

Get a copy of Observable Acts today and stay updated on the Swimming with Elephants Publications web page for further news.